DETAILS OF THE CITY:

The city has a local council called the Sheffield City council governing it. Transportation facilities like railways, roadways, coaches, airways, water transport and other forms of local transport are abundant in the city. The city has got world-class schools, colleges and universities. In sports, swimming is taught very well in this historical city. Several national and international swimmers have emerged from the city. The world’s first official football club was formed in the city of Sheffield. The city also has got many indoor as well as outdoor stadiums and playgrounds to encourage and facilitate sports. Some of the stadiums in the city of Sheffield are “the Hillsborough Stadium”, “the Don Valley Stadium”, etc. There is also an area called the Sheffield Ski Village, which is an artificial ski scope complex. There are many cinema theaters, museums and theaters for Musical Concerts (Including the Crucible Theatre and the Lyceum Theatre) too.

The Sheffield castle was built after the Norman Conquest. This castle was meant for the protection of the people residing nearby. With time, the development of a small town took place with its own market and trade. In 1740s the manufacturing of crucible steel started in Sheffield which is one of the major landmarks in the history of the city. Later the manufacture of weapons was also started. With the advent of Industrial Revolution many new Steel and Iron industries were set up which brought great improvement in the economic status of the city. But all this faced a major decline during the second world war. After the world war, due to immigration of laborers for work, the city got crowded and sanitation and hygiene deteriorated. Cholera also broke out and many of the city dwellers lost their lives. One of the historians called Sheffield to be the ugliest city of old England. But, Sheffield gradually regained its vigor and vitality. At present, the city has flourished again and is one of the top English cities.

Sheffield is now one of the eight largest cities of England right now which displays the resilience of the city in spite of all the adversaries. 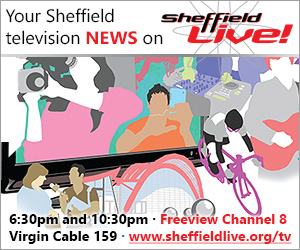